Successful kyu tests from the aikidoka of the TG Münster

Prior to the Easter holidays Kyu test were held. In order to successfully pass the Kyu level exam students aere required to demonstrate their level of proficiency according to standards set by the USAF and dojo instructors. The exam includes a number of set techniques. The tests conclude with freestyle attacks of multiple attackers. Upon successful completion of the exam the student is awarded the next higher rank.

In aikido there are, as in many other martial arts, Kyu and Dan ranks. The Kyu ranks (jap. Kyu) have white belts and the Dan ranks (jap. Dan) have black belts and wear a hakama, a traditional Japanese pleated skirt. In the aikido ranking system, the 5th Kyu is the first test followed in sequence to 1st Kyu.  Dan testing begins with 1st Dan or Shodan to 3rd Dan or Sandan. Higher ranks are awarded based upon personal commitment to aikido and the development of the art. 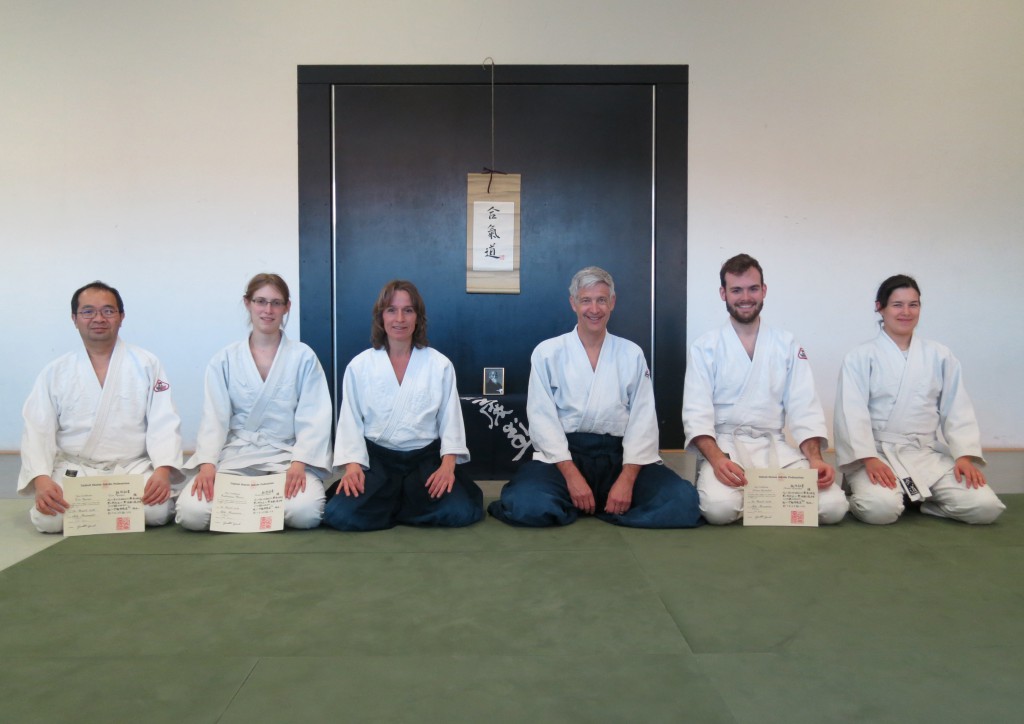